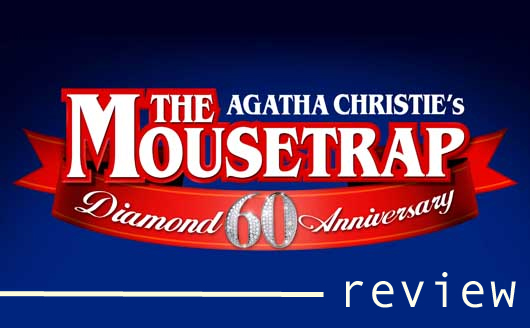 THE MOUSETRAP AT THE WOLVERHAMPTON GRAND THEATRE 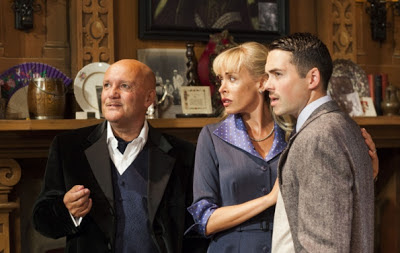 As one of her most prolific and familiar works, The Mousetrap is quintessential Agatha Christie fare and for those few who are not already familiar with the production or its story, they should nonetheless have a good idea of what to expect going in. A group of assorted strangers stranded in a stately guest home, each bringing their own particular brand of suspicion and secrets to the fray, links to a tragedy of yesteryear and a much more recent strangling nearby, enough red herrings and twists to keep Marple or Poirot on their feet, it remains in many ways the archetypal and definitive murder mystery experience, and yet one that has defied the odds (Christie herself initially predicted the show would only last 8 months) and evolved into something of a curious, almost inexplicable paradox and enigma in and of itself - a murder mystery play with a single outcome that has nonetheless gone on to become the longest running show of any kind anywhere in the world. Ever. And now, as a further testimony to its longevity and success it is being celebrated with this diamond anniversary production, which itself is quite surprisingly the first time the show has toured the UK. 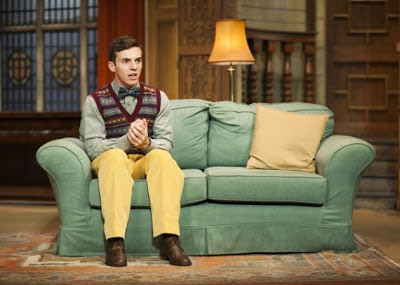 Stopping at 60 different towns across the country (one for each year of its unparalleled record-breaking run), this touring production is a faithful and effective reminder as to why Christie and her output remain as popular and engaging as ever. As mentioned it is a thoroughly typical British murder mystery affair, and given the extent to which the template and Christie’s work as a whole have been lampooned or the subject of parody and pastiche, it is re-assuring and quite impressive to see a show that manages to balance not taking itself too seriously whilst never allowing the slightly breezier tone to undermine what remains a thoroughly involving and generally suspenseful thriller. 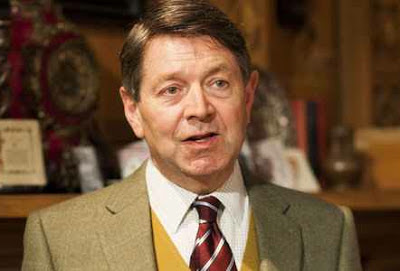 As is customary for the entirety of the shows run, the audience are beseeched at the close to not divulge any particular details regarding the plots outcome and identity of it’s murderer, and to discuss any of the characters in too great detail would risk undoing this 60 year promise, but needless to say the assortment of types and individuals assembled are a fairly generalised array of Christie and murder mystery staples. There is an enterprising young married couple, a prim, cantankerous battleaxe, an ex-military major and a curiously named and flamboyant young architect amongst others. However, as generic a roster of characters as they may be on the surface, each are given their fair share of backstory or secrets, potential motives or personal connections, and are all winningly performed and entertainingly realised by a strong cast and the still-engaging plot they find themselves involved in. 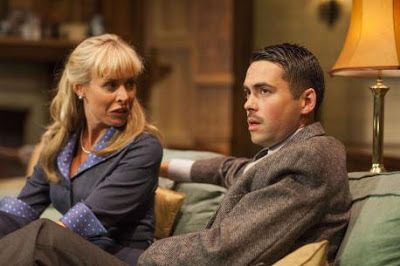 Particular highlights amongst the cast include Jemma Walker who brings an earnest likeability yet fragility to the role of Mollie Ralston, the young co-owner of the guest home where the show takes place. Again without wishing to spoil anything, Walker is in many ways the show’s emotional anchor and offers one of its more layered and effecting turns, moulding an empathetic and rounded figure out of Mollie, making her one of the more believable and endearing figures in the piece. Clare Wilkie puts in a confidently restrained and admirably tempered performance - suitably barbed and cold as the enigmatic Miss Casewell without resorting to being overtly mean spirited, vicious or excessive in her detachment. Elizabeth Power is suitably venomous as the show’s resident harridan, and Steven France is a bundle of boyish, camp fun and does well in a role perhaps a little more difficult to translate to modern audiences without coming across as derivative or cliche. 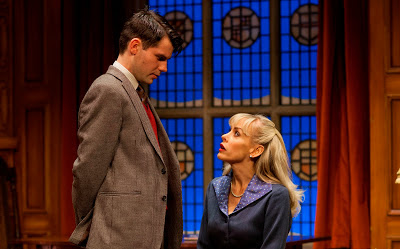 One of the real standouts is Bob Saul as the somewhat hapless and haphazard Sergeant Trotter, who quite literally skis into proceedings midway through the first Act and goes on to attempt to solve the core mystery with the kind of unbridled and erratic energy that seems to offer shades of David Tennant and Matt Smith’s recent tenures of Doctor Who in that kind of fidgety, nervous and ultimately quite irrepressible fashion. It’s a heightened and at times suitably hammy performance, but Saul displays some terrific comic timing and physicality and his frustrated, beleaguered detective frequently evokes laughs and remains a treat throughout. 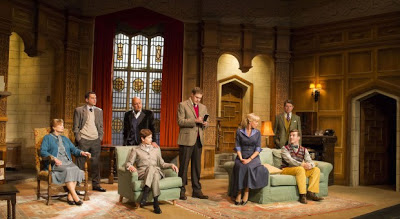 As such a key entry in Christie’s rich heritage, The Mousetrap is given the faithful treatment and respect it duly deserves here (right down to a recreation of the original, impressively detailed set design), and fans of the genre or Christie’s works will find plenty to enjoy and appreciate. The interval serves as much a window of opportunity to discuss clues and suspicions as it does a reprieve, and for those who already know the outcome there is still plenty to recommend in the winning performances and overall seminal nature of the show. Yes, elements of the plot may come across as a little implausible or convoluted by todays standards, but that is all par for the course with Christie and does little to detract from what remains an absorbing, thoroughly entertaining murder mystery performed by a game cast and presenting a story that is still managing to captivate audiences 60 years on. As prefaced at the beginning of this review, the real mystery The Mousetrap seems to present is how a play such as this, built as it is around a whodunnit, can remain so popular and generally unspoilt after six decades of performances. However, in offering a charmingly British, passionately performed and endearingly conventional evenings entertainment, and a wonderfully involving and traditional whodunnit experience that the majority of critics and reviewers (myself included) honour not wishing to spoil, its record-breaking success and enduring appeals is perhaps not really much of a mystery after all.

THE MOUSETRAP is running at the Wolverhampton Grand Theatre from Monday 27 May to Saturday 1 June 2013.

CLICK HERE for more information on the shows' run at the Grand and to book your tickets!
Alternatively phone the Theatre Box Office on 01902 42 92 12.

Press tickets for this performance of THE MOUSETRAP were provided courtesy of The Wolverhampton Grand directly. (A)musings Media gratefully acknowledges their generous invitation.